Remi the Vizsla’s skills include making himself insanely comfortable.

I just adopted a dog. I’ve wanted one ever since I was a kid, but it was just never the right time.

We lived on a main road when I was younger, so it wasn’t ideal. When we moved to the United States we were on a couple of acres, which would have been perfect except by then I was heading off to college. Then when I got my own place, I was just too busy with other things.

But I decided to bite the bullet finally. Since moving to northern Michigan, I’ve been outdoors much more often and hiking in cool places like Alligator Hill in the Sleeping Bear Dunes National Lakeshore. A dog would be the perfect companion.

So I’ve adopted Remi. He’s a Viszla who is somewhere between 2 and 4 years old. I didn’t pick his name – he came with it – but, being short for Remington, it works well enough for a hunting dog. 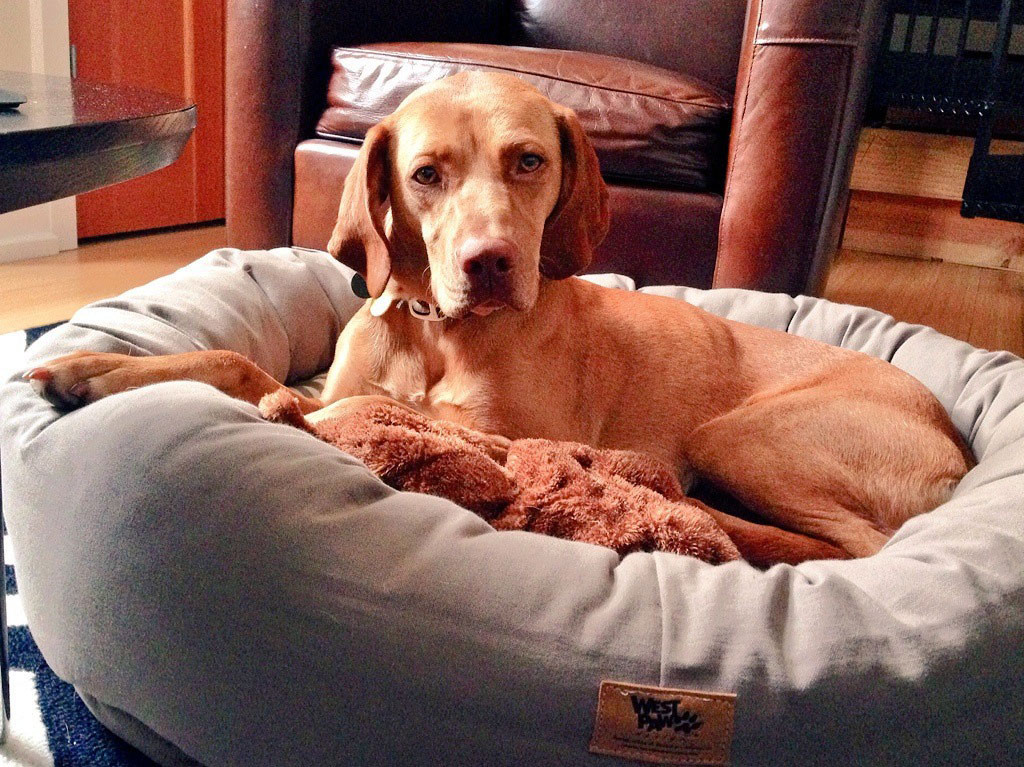 Looking regal, he’d fool anyone who didn’t know him!

So far he’s still a little unsure of himself and his new surroundings, but he seems to be warming up. He loves the dog park and adores long hikes through the woods, but his favorite thing seems to be sleeping. He’ll find a way to make himself comfortable anywhere, but his favorite spots are the couch and his awesome West Paws dog bed.