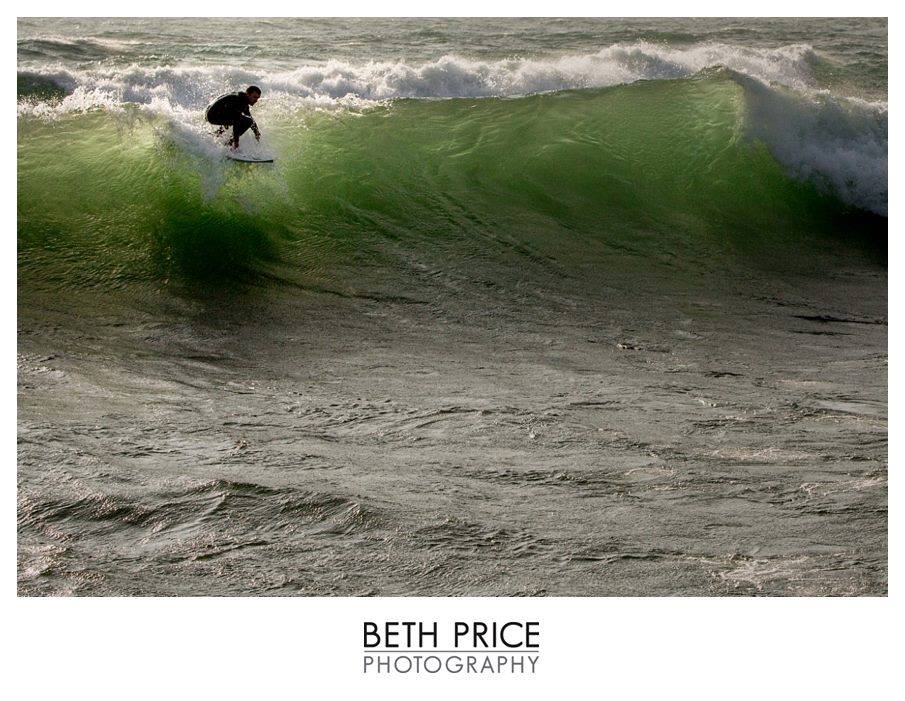 Yes, you can surf on a Lake!

I moved up to Traverse City in northern Michigan from the Detroit area just a couple of weeks ago. One of the many things that drew me to this scenic corner of the mitten was the prospect of surfing Lake Michigan.

I’d grown up surfing on the southeastern coast of Australia, but since moving to Michigan in the late 90s, I hadn’t caught a wave.

I have to confess, I was a little skeptical. Waves on a lake? Maybe. But good waves? Yeah, right!

I’d spent some time on the Lake Michigan coast and knew that it could definitely produce waves. I’d even seen news reports of waves 20-25 feet high during fall and winter storms. But all the waves I’d seen were sloppy, crumbly looking bumps, utterly ruined by the onshore winds that generated them and lacking any significant reefs or sandbars to give them shape.

But given the right conditions, and with enough local knowledge to get yourself in the right location for those conditions, Lake Michigan can actually produce pretty darn decent little waves.

This was a revelation to me, but it was a foregone conclusion to the small, die-hard group of locals who have the lake surfing scene utterly dialed-in. These hardcore souls, ranging from young groms to grizzled veterans and varying in ability from pretty decent to hapless yet happy kooks, are as welcoming of newcomers as they are stoked on the unsalted waves: very! 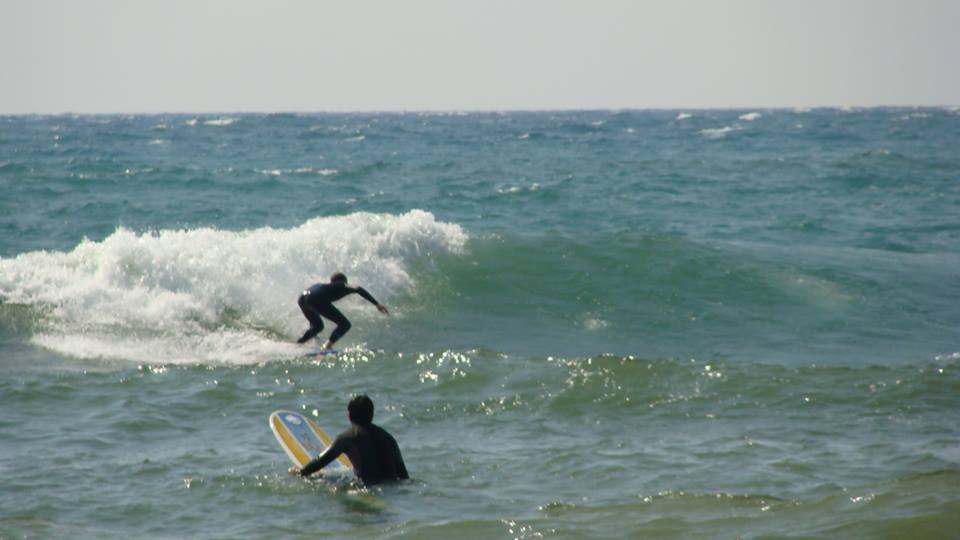 Sure it’s a little messy, but surfing Lake Michigan is a ton of fun!

It was at around my third cup of Saturday morning coffee on the porch of our condo at Grand Traverse Commons that I began to notice the wind was ripping pretty hard. A quick check of the weather app on my phone followed by a glance at the Frankfort webcam and suspicions were confirmed: it was blowing out of the south-southwest at upwards of 30 miles per hour and there were already waves rolling into Frankfort.

I had a surfboard. It was the one I had surfed on as a teenager in Australia and had brought out to the States with me. I couldn’t bear to part with it. It was a 6’3″ shortboard shaped by legendary Aussie surfer Wayne Lynch for the now defunct brand Gash Surfboards. I loved this board, but it was utterly unsuitable for the waves of Lake Michigan, so I needed to scare up something else quickly.

Fortunately, I knew just the guy to help me: John McNeil, owner of the Traverse City surf shop, The Wet Mitten. He had a variety of rental boards available, all of decent quality and all totally perfect for surfing the waves of Lake Michigan. I picked out a 7’0″ McTavish Sumo and couldn’t wait to get wet. Sadly they were fresh out of rental wetsuits though.

Even in summer, Lake Michigan’s water temperatures are… well… brisk. Depending on the winds and currents, you can see temperatures of 60º-65º on a good day. But given a change in the winds, those surface temperatures can plummet quickly. Any extended stay in the water requires a wetsuit.

Sleeping Bear Surf and Kayak in Empire came to my rescue. Not only did they hook me up with a nice rental wetsuit, but they provided some extra insight into the fickle local conditions. With today’s southerly winds, Frankfort would be the spot to go.

Frankfort is a small town nestled on the shore of Lake Michigan on the west coast of Michigan. Its location just to the south of Point Betsie leaves it totally exposed to the full length of Lake Michigan to the south. This exposure allows any wind from the south an enormous amount of “fetch” over which to generate waves. Frankfort’s harbor, created by two breakwaters at the mouth of the Betsie River, also helps provide the beach some protection from the winds. The end result is waves wrapping around behind the shelter of the breakwater and breaking on the sandbank built up around it. The perfect artificial point-break and the ideal place for surfing Lake Michigan.

When I pulled in at the parking lot at the beach I could scarcely believe my eyes. Head-high waves were rolling in continuously, and while the wind was definitely making the conditions choppy and messy, the protection from the breakwater allowed surprisingly good quality waves to peel their way across the sandbar. 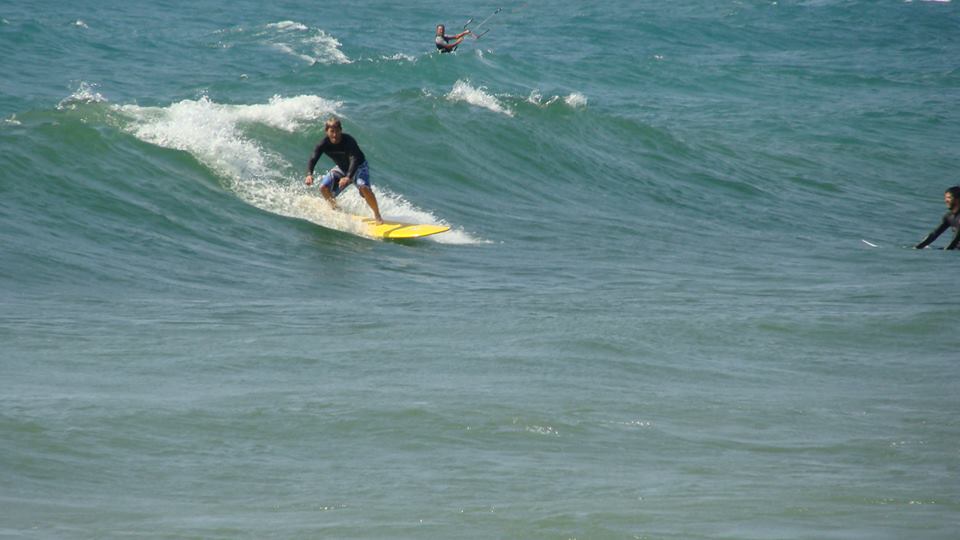 My friend, Saeth Gronberg, up on a nice little right.

Getting out into the lineup was easy. A short walk along the breakwater and you can jump in a few paddle strokes away from the takeoff. Holding your position in the right spot was a lot harder.

It turns out that it’s really easy to underestimate the waves on the Lake Michigan. Sure they may not pack the same punch as waves of the same height on the ocean, but waves on a lake are much closer together. In ten minutes at a beach on the ocean you might have two sets of five waves roll through. On Lake Michigan, you have a near constant barrage of waves with only about 6-8 seconds separating them! The upshot of all this is an insanely strong current pulling you out of position.