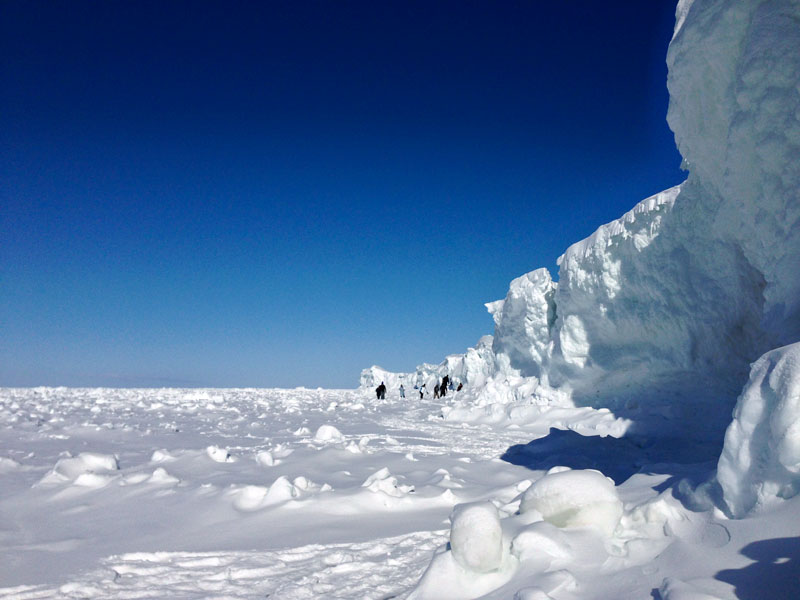 It’s been a severe winter in northern Michigan this year. The wild weather this year has brought frigid temperatures, mountains of snow, and large waves to the lakeshore. We can now add ice caves to that list!

The spectacular formations on Lake Michigan have been caused by the way the lake has frozen this year: a mixture of sudden freezing caused by historic low temperatures, a gradual pileup of pack ice, and wave action adding freezing spray to the equation. The results are stunning: cavernous caves, precipitous cliffs, and an ice pack stretching to the Manitous.

Naturally, we couldn’t wait to see it for ourselves!

The information we had been given told us to head to Gills Pier Road, just a little north of Leland. Apparently others had heard the same advice! When we got there, there were literally hundreds of cars parked at the side of the road and throngs of people walking, snowshoeing, and skiing along it. It looked like summertime crowds!

Wanting to escape the crowds, we headed farther north up the coast towards Northport, and turned in at a deserted Peterson Park.

A short hike down to the lake and across the ice brought us to the spectacular sights below. 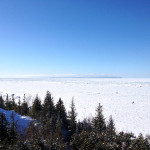 The view from Peterson Park out to the Manitou Islands. 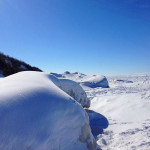 The first stage of the lake’s freezing is visible here. This small wall of ice is right at the shoreline and was formed by the waves and freezing spray. 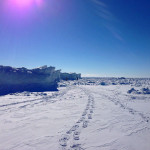 Roughly 200 yards out on the ice is where we found the ice cliffs and caves.

Ice stretching as far as the eye could see… perhaps all the way to Wisconsin! 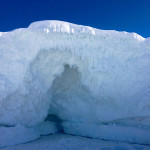 A stunning ice cave complete with icy stalactites! The top of the cave here is at least 20 feet high. 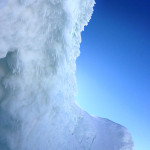 A closer look at the icicles on the top of the cave. These are formed both by spray from the waves and by melt-water dripping down and refreezing.

Hard to believe that this is Lake Michigan 200 yards from shore. You could be forgiven for thinking it was Antarctica! 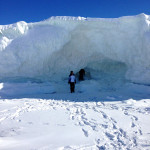 A couple of people from our party help to provide some scale in this picture. This ice cave was by no means the biggest one we found out there. 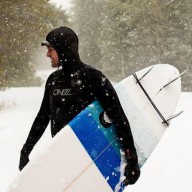